While most of his classmates from the Bronx High School of Science headed north, south and west to various Ivy League universities, Rabbi Daniel Travis traveled east to Eretz Yisrael to explore his heritage, and eventually built his life and family there. After a number of years of graduate and postgraduate study, Rabbi Travis, who had been an honors student and training for the Olympic track team in the Bronx, received semicha from the Chief Rabbinate of Israel.

Shortly after the birth of his first child, Rabbi Travis had an experience that shook his life. He was crossing the street in Israel, and a young, newly licensed 17-year-old driver smashed into him. Rabbi Travis’ head went through the windshield of the car, he was thrown ten feet into the air and across the street, and landed headfirst on the concrete. A watermelon truck coming in the opposite direction came within a fraction of an inch of running him over. The non-religious driver ripped the shirt off his back and used it to stop the rush of blood coming from his head.

To the amazement of the hospital’s medical staff, tests showed that Rabbi Travis had suffered no major physical or neurological damage. Aside from cuts, bruises and some broken bones, the doctors found nothing wrong. Everyone in the hospital agreed that the hand of G-d had definitely worked a miracle in his case.

Rabbi Travis turned to Rav Shlomo Zalman Auerbach requesting direction on how to thank Hashem properly for miraculously saving his life. Rav Shlomo Zalman advised Rabbi Travis to use his writing and teaching talents to help Klal Yisrael, and since then he has published over 20 books, writes for a number of newspapers, opened numerous kollelim, and gives frequent shiurim- many of them posted on the web at TorahAnytime.com

Rabbi Travis' passion is to train poskim to deal with the complicated questions that today's world brings. He has learned the art of psak halacha and dealing with people through close relationships with fourteen Gedolei Yisrael, and recently published some of these experiences in the wildly popular “Encounters With Greatness”. Rav Travis is the Rosh Kollel of Kollel Toras Chaim, where he has built a groundbreaking program to train poskim based on the psakim he has received from these Torah giants.

Rabbi Travis' sefer “Takanas Hashavim” is the first in a series of Shaylot V’Teshuvot (questions and answers) dedicated to the difficult areas of halacha facing ba'alei tshuvah. Rabbi Travis hopes to publish many volumes of these responses, dealing with all areas of the Shulchan Aruch as they relate to ba'alei teshuva. 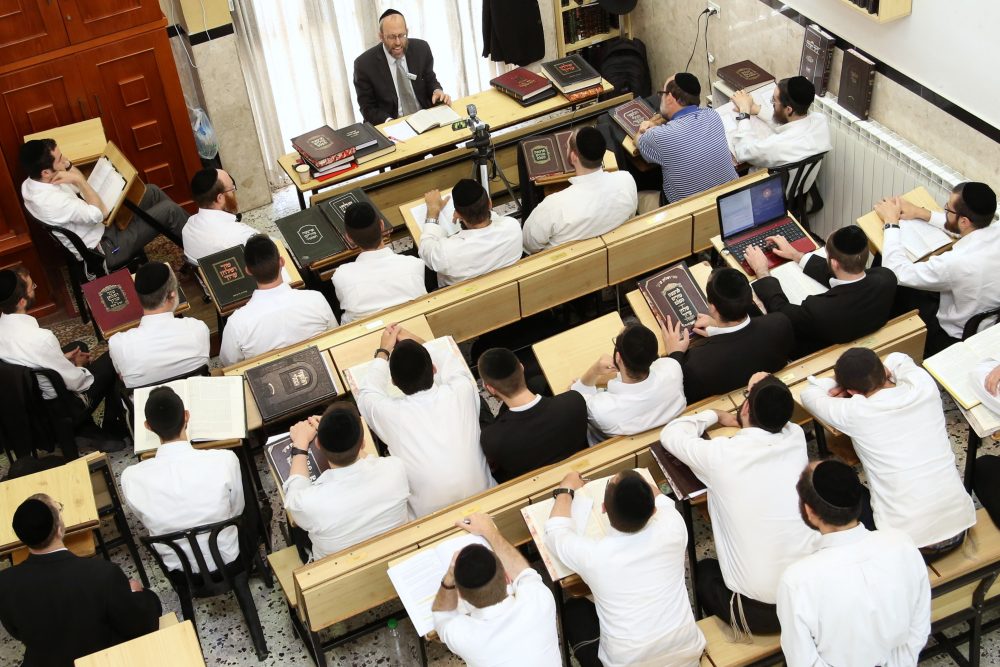 Rabbi Travis guides and inspires thousands through his online and teleconference shiurim. Tune in now or book him for your event.

Rabbi Travis has published over 20 books, including bestselling phenomenons "Living On" and "Praying with Joy"

Rabbi Travis shares the message of the greatest Torah leaders, as well as original articles on halacha and philosophy.

"I have known Rabbi Travis, שליט"א for over a decade. Besides being a knowledgeable Rav and a well organized Rosh Kollel, he stands out for being an exceptionally kind and caring person. We still keep in touch and meet up with one another when he visits the United States!"